Encountered at The Confrontation

Syrann is a hot-headed warrior always trying to improve her skills. She is fiercely independent and loves showing off.

As a boss, she has control of a variety of skills of different elements, dealing high levels of damage regardless of what elemental armor the player is wearing. She is also fast on her feet and able to evade attacks with ease.

During her encounter, she would also reveal a plot twist upon her defeat... 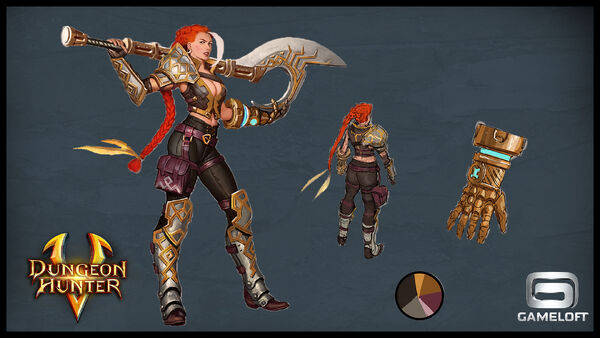 Encountered at The Final Echo

Khil'Urd was a Kenashi shaman that helped the spirit-kissed hero on their quest until he betrayed them for more power. He met his end at the point of the hero’s sword.

As a water elemental user, he deals frost based attacks and is capable of freezing the player. He also has an array of deadly self-homing water bolts that are able to target and attack the player at his will. 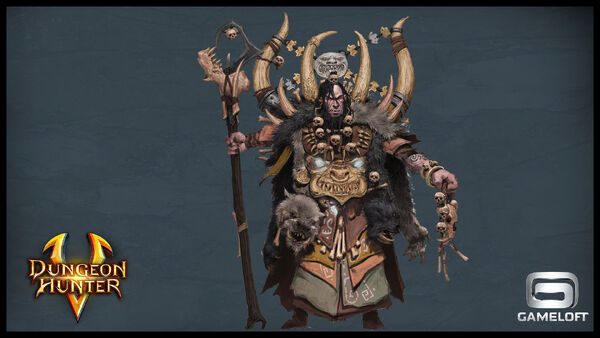 Retrieved from "https://dungeonhunter5.fandom.com/wiki/Bosses_Act_IX?oldid=15403"
Community content is available under CC-BY-SA unless otherwise noted.